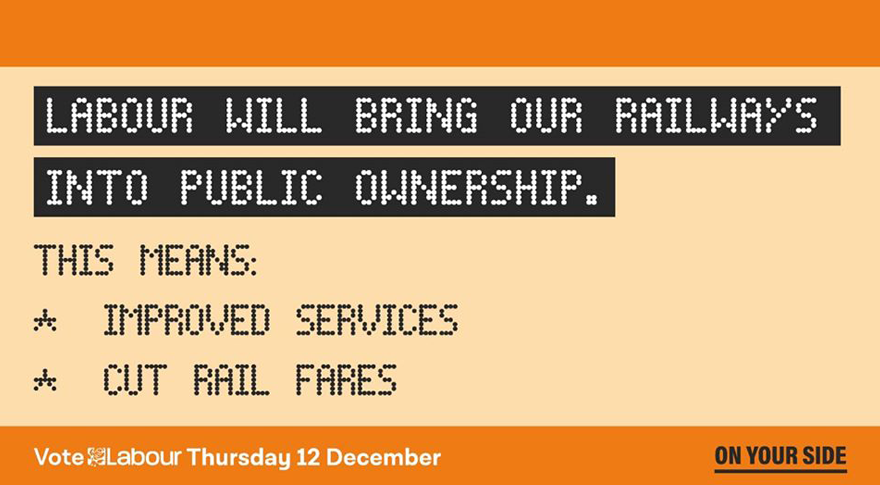 Election 2019: Labour pledges to cut rail fares by a third

Labour has announced plans to slash rail fares by 33% and simplify ticket prices for part-time workers if it wins the election on 12 December.

The party also wants to make train travel free for young people under the age of 16 and build a central online booking portal with no booking fees.

The proposal is part of broader plans by the party to nationalise the UK’s train system.

Labour said privatisation had “created one of the most expensive ticketing systems in the world”, which discriminated against part-time workers, discouraged rail travel and excluded the young and low-paid.

This is clearly a huge policy for Labour, and one I whole heartedly agree with. Only Labour will invest in the infrastructure to enable this to happen.