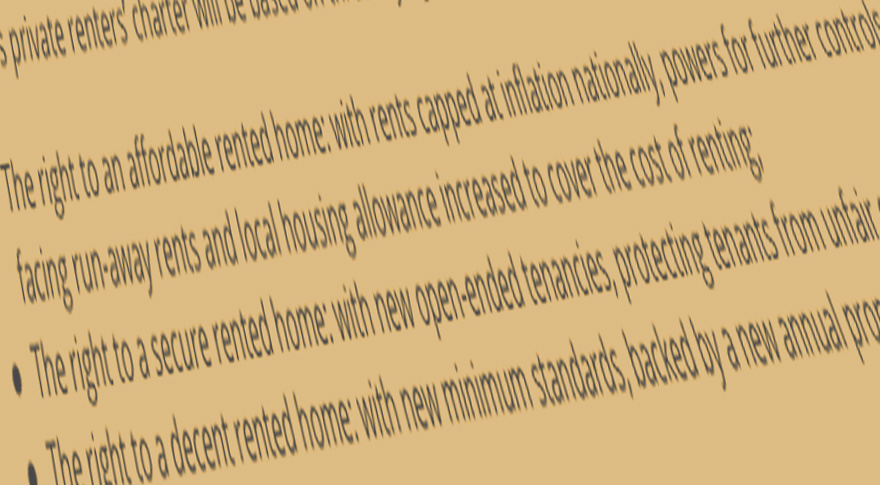 Yesterday, Jeremy Corbyn, Leader of the Labour Party, and John Healey, Labour’s Shadow Housing Secretary, will set out plans to put power in the hands of tenants with a new ‘charter of renters’ rights’.

To deal with the problem of squalid private renting housing, Labour will announce a new national ‘property MOT’. This would introduce a legal requirement for landlords to complete an independent annual inspection to ensure homes are up to scratch, with tough fines and forced repayment of rent to tenants if landlords let out sub-standard properties or flout the rules.

New research by Labour has revealed that tenants collectively pay over £10bn a year in rent to landlords letting out sub-standard homes. Nationally, one in four private rented homes are classed as ‘non-decent’, meaning they are damp, cold, in disrepair or unsafe to live in.

Labour’s private renters’ charter will be based on three key rights:

Since 2010, the private rented sector has grown by over 1 million households. One in four families with children now rent privately and 1.7 million private renters pay more than a third of their income in rents. However, the Conservatives have refused to take on vested interests in the property industry and make the market fairer for tenants: refusing to introduce rent controls, failing to legislate for greater security and cutting council capacity to go after rogue landlords.