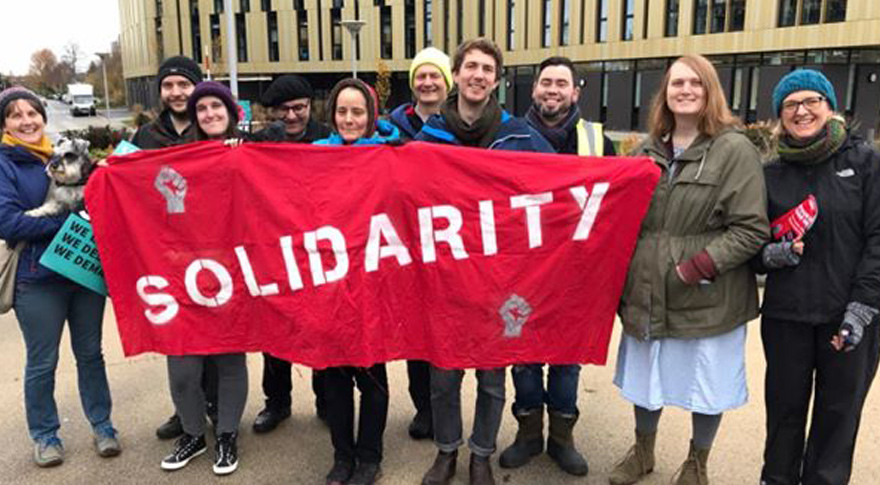 My letter to Maggie Throup MP on science and the EU

I am writing to you as a fellow scientist to ask for your help to ensure the future of UK science by raising the voice of UK science and innovation to advocate that full association with EU scientific programmes (2021-2027), including the €100 billion Horizon Europe framework and ERASMUS+, must be a transition negotiation priority.

From the discovery of penicillin in London to graphene in Manchester, from the first animal cloning in Edinburgh to the invention of the World Wide Web at CERN, the UK has always punched above its weight in scientific and technological research and development. This is only possible due to strong governmental support for innovation and public sector funding throughout the research pipeline.

In recent decades, our innovators have benefited enormously from access to European Commission funding, knowledge exchange, and regulatory programs. EU programmes fill gaps in UK budgets, addressing areas from regional disparity to “high risk high reward” research and ease research flexibility building vital networks for knowledge exchange. This, and the ability to lead EU projects, is crucially only possible with full association and ensures that UK science is internationally competitive. These schemes are not easily duplicated, and uncertainty is already harming the UK’s research attractiveness.

The Horizon frameworks, the main EU funding source and mechanism for driving European research aims, have been critical in raising the total level of UK R&D. The UK’s universities and businesses have been substantial net recipients from the current €80bn Horizon 2020 framework. Horizon has been vital to funding fundamental research that has allowed the rapid switch towards the international hunt for COVID-19 vaccines, treatments and testing; many of the scientists involved only in the UK due to EU funding. Through investment in industries of the future, such as the aeronautics industries in the Midlands and North, Horizon drives the UK economy and creates jobs. An example is the clean sky project, a public-private partnership, to drive innovation into lighter, more environmentally friendly planes. For every €1 euro invested through Horizon, estimates suggest an €11 GDP gain and the creation of up to 320,000 new highly skilled jobs by 2040.

Other programmes are equally vital. The European Atomic Energy Treaty (EURATOM) plays a huge role in the UK’s current nuclear operations, including supplies of nuclear fuel and medical radioisotopes. European Structural and Investment Funds have been critical to reducing regional disparity in UK science and innovation outside of the Golden Triangle and generations of students from across the UK have benefitted from training alongside their continental European counterparts bringing back the best ideas to the UK through ERASMUS+. Whilst unimaginable only seventy years ago, these EU programs are today the lifeblood of Britain’s academic institutions.

However, with the end of transition just months away, the terms of the UK’s future association with these schemes are up for negotiation. It is the unanimous consensus of the scientific academic, business and charity community and the government’s own independent inquiries that less than full association will harm UK science and our international standing. Any alternative, including third country participation, will not allow UK researchers to lead EU projects, access the Marie Sklowdowska-Curie Actions (MCSA) for researcher flexibility or the prestigious European Research Council Funds (ERC) for “high risk, high reward” research that requires the certainty of long term commitment, planning and shared risk. The UK currently benefits disproportionately from these schemes; 22% of ERC grant holders choose to work in the UK and the UK is the top destination for MCSA.

No national programme can compete with the scale or ambition when it comes to flexibility, mobility, collaboration, career prospects, the certainty needed for long term project planning and the sharing of risk for the incremental innovation of “high risk high reward” research. As is clear from other countries – including Switzerland, Israel and Quebec’s recent wish to fully associate – Horizon frameworks are a complement to existing domestic R&D investment and are not easily replaced.

Association is not a leave-remain issue. The government has already shown that it understands the importance of EU programmes to the research industry through both its inquiries and ambition in its July 2020 Research and Development Roadmap to associate as closely as possible with Horizon, EURATOM and parts of ERASMUS+. 100 organisations and individuals from across the UK and EU have authored an open letter on how best to achieve this. lndeed, a 2020 YouGov poll found an overwhelming majority of respondents agree cooperation with other European countries on scientific research benefits everyone involved (72%). This pattern is consistent across regions and includes the majority of Conservative (69%) and Leave (64%) voters. Less than 10 per cent of respondents thought cooperation benefited nobody, only Britain or only other European countries. In the same survey the majority of Brits were in favour of staying a member of Horizon in 2021 (66% vs. 13% against) and staying a member of ERASMUS (61% vs 15% against).

COVID-19 has acutely shown innovation’s need for international collaboration but has also highlighted that the next set of challenges will be inherently global. From society’s adaptation to climate change, navigating future AI and developing smart cities to food security, preparing for the next pandemic and maintaining ocean health; no research group can solve these problems alone. With economies spiralling into recession, filling multi-million-pound funding gaps is now politically and financially daunting. Development of UK-only equivalent schemes by December is impossible and departure from the existing programmes will be catastrophic. The UK’s excellence in science is due to the networks, partnerships and infrastructure built up through association with the relevant EU schemes over many years. As we weather the worst public-health crisis in living memory, now is the time for the United Kingdom to be leading and enhancing scientific collaborations with our European partners, not leaving them.