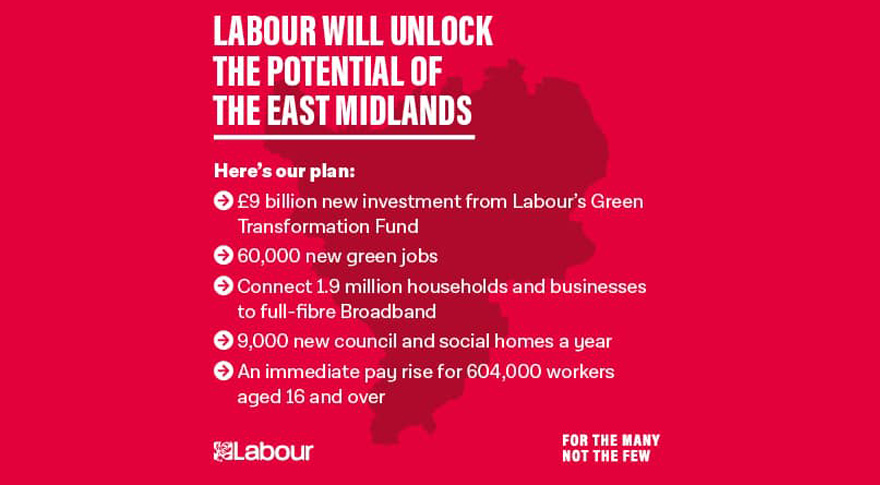 Today, Labour has launched a manifesto in every region of England, setting out Labour’s plans to bring wealth, power and prosperity to every community after years of neglect.

The regional manifestos have been launched alongside further details of Labour’s £250 billion Green Transformation Fund – an “investment blitz” on a scale unseen since the Second World War. This investment will breathe new life into local economies across the country and bring pride back to communities by kick-starting a Green Industrial Revolution in every part of the UK.

The regional manifestos detail how each region will benefit from these investments.

This election is a chance to bring our country back together. Labour will govern for the whole of Britain, handing wealth and power back to every community and giving everyone a better life.

In the East Midlands, Labour will: