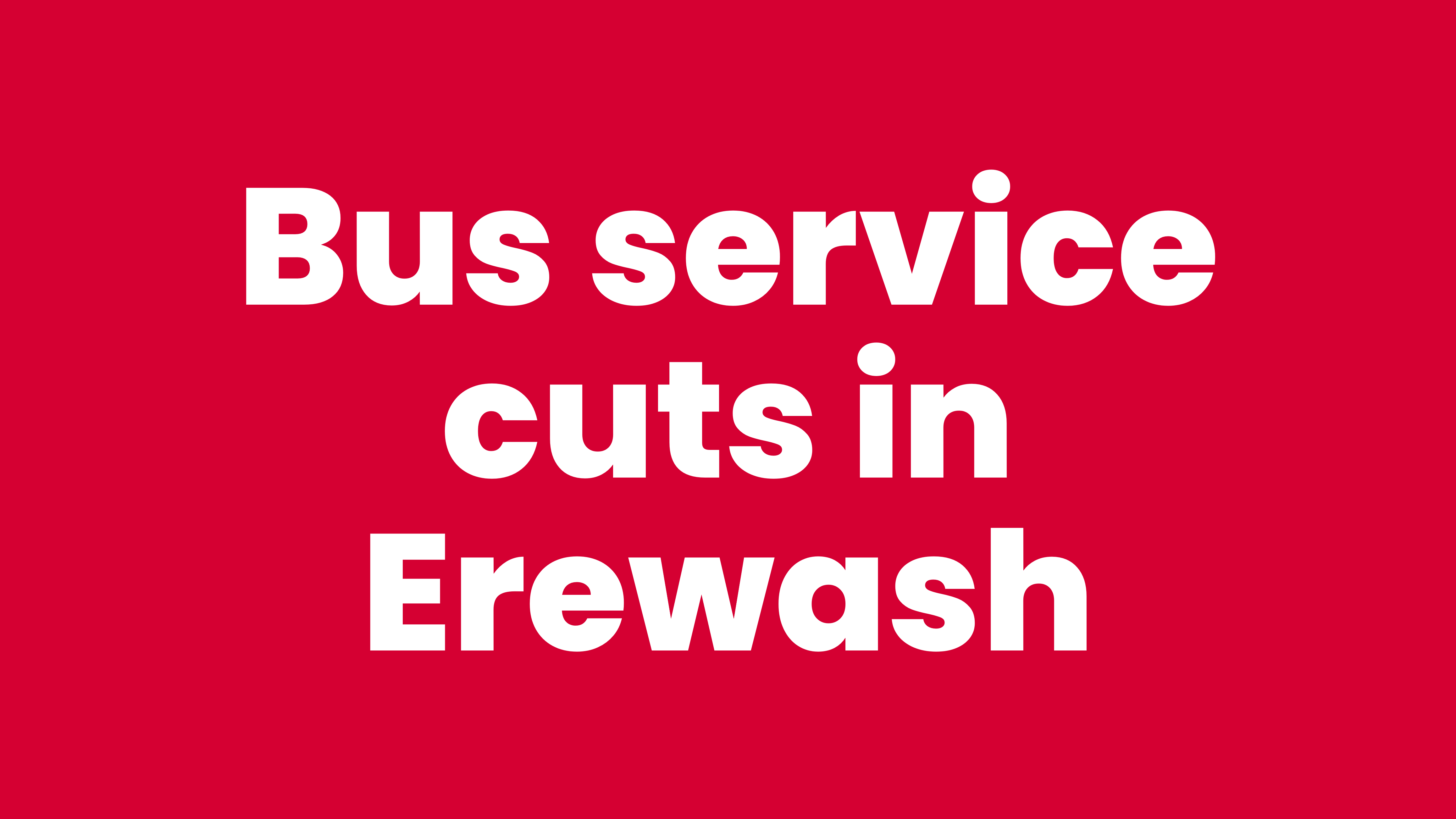 This morning, TrentBarton have responded to my letter regarding concerns about upcoming cuts to bus services in and around Erewash. Their response is as follows:

Thank you for your email, we do appreciate that many of your local community will have been in touch about the changes, especially as they are quite significant. I’ll happily run through the four points you would like a response to  and the wider issues raised.

There was a little bit of disinformation in the initially leaked news, the my15 will not stop after 7pm, it will just revert to an hourly service in keeping with the numbers using the service after that time. The 21 leg from Kirk Hallam to Nottingham was not sustainable, the number of people actually using the leg was tiny, and whilst I am sure some people did use it for occasional hospital visits, it was nowhere near enough to be commercial. Kirk Hallam residents can go ilkeston flyer to Derby, red arrow to QMC, and even with the change is only about 20 minutes longer than the current 21, and whilst that is not perfect, it is a plausible alternative. On the Loughborough leg of skylink nottingham, the huge majority of customers are unchanged but we are still in talks with Nottinghamshire CC with regards to options for the likes of Sutton Bonington.

In answer to your four points, if it is okay, I’ll respond to each individually.

1. We have been in talks since the spring with city and county councils regarding those services at risk. There has been some funding released from central government and this has allowed the local authorities to work with the operators to retain some services, sadly this can only go so far thus the decisions that we have had to make with regards to some services. We have tried to affect the smallest number of people but we do understand that the impact on them may be significant.

2. We have been sharing the usage data with the Local Transport Authorities and Central Government since the earliest days of the pandemic, they may be able to help with specifics from their side.

3. Our intention all along was to release this publicly last Thursday but to release the information internally to our team on Wednesday. We do this both as we believe it is the right thing to do to let the teams know, and also it allows them to assist customers who will have the inevitable queries. Sadly, this internal notice was leaked onto social media Wednesday evening, creating a bit of a frenzy online and in some portions of the local press before we had a chance to follow through on our plans. We have now published our plans in the way we planned, and more information will be available in the coming weeks.

4. The customers who use regular term passes such as saver or the mango app will see no change in fares, and we will be looking at through ticketing for newly connected journeys so that there will be minimal, if any price rise.