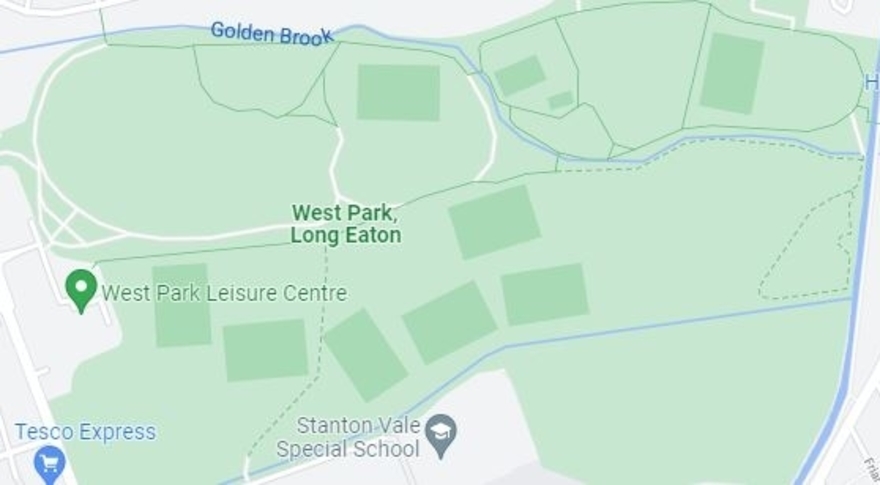 Meanwhile, the water companies are allowing raw sewage to flow into our streams, rivers and eventually the sea. The Golden Brook, which flows from Breaston, through West Park and much of Long Eaton towards Attenborough (where it joins the river Erewash), is routinely polluted with raw sewage during heavy rainfall.

Councillor Howards Griffiths has raised this issue locally and noted that Erewash Borough Council want to build thousands of houses in the green belt around Ilkeston. It is clear, however, that infrastructure can’t cope with the current housing load, with various other storm overflows spilling into the River Erewash and the Nut Brook in Ilkeston, near to planned new homes. In 2020, untreated sewage entered the Erewash River on 130 occasions for a total of 515 hours in the Ilkeston area.

Large public spaces also do not escape, with West Park in Long Eaton being regularly used to capture flood waters. The proximity of the Golden Brook to the children’s play area in West Park is of particular concern, with flood waters polluting the park substantially during extend periods of flooding.

Evidently, the sewers are inadequate, even without the extra water run-off from thousands of extra houses planned in Ilkeston’s green belt.

Erewash Labour Secretary, Adam Thompson, said: “This news is, frankly, utterly disgusting. It is unacceptable that water companies be allowed to pollute our waterways like this. Conservative party policy allows this practice to happen, and the Tories from Westminster to our local town halls are complicit. Raw sewage was allowed to enter our waterways 400,000 times last year, for a total of about 3.1m hours. This practice must end.”

The Water companies are making huge profits and not doing enough to modernise local infrastructure. Ilkeston is being sold down the river by local councils and privatised utilities, and a very dirty river it is too.