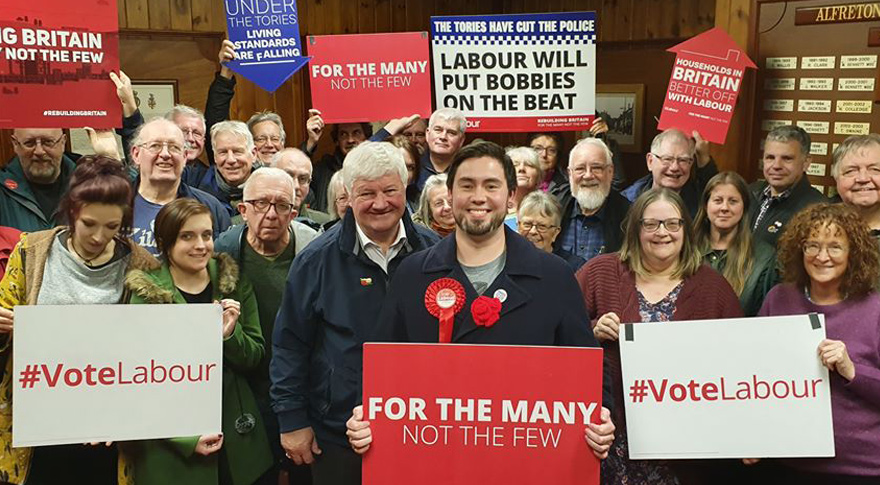 My thanks to Amber Valley Labour

To my friends and colleagues of Amber Valley Labour.

Last night was terrible for our party and our movement, not least in Amber Valley.

Despite all our efforts, we saw Mr Mills’ majority increase significantly, with the electorate once again returning him as our MP. This result echoed other results across the East Midlands, but that does not make the blow any easier.

That said, I would like to extend my heartfelt gratitude to the members of Amber Valley Labour who worked tirelessly over the past few weeks to deliver a Labour MP. In such a short campaign, it was a deeply impressive feat to pull together and create a campaign which was praised at last night’s count by members of all political parties. Our campaign was run on hope and positivity, many of our policies being overwhelmingly supported on the doorstep, and we have had an outpouring of support from Labour voters thanking us for the efforts we made.

I was utterly honoured to be accepted by you all as your candidate and hope very much that we are able to overturn Mr Mills’ majority next time – we must remember that there will always be another election.

I think there were many issues raised during this campaign – it is important we take some time to mull over our thoughts and move forward, remembering the people who will suffer the most through another five years of Conservative government. Let’s remember to keep our debate polite and impersonal, and assess the issues that have caused this result in as an objective a manner as possible.

Moving forward, we have Borough Council elections coming in May, and I hope everyone will once again band together to keep Amber Valley Borough red. By keeping a Labour Council, we can continue to curtail the damage the Conservative government will continue to do to our communities and lessen the impact on those who will feel it the most. Please put yourself forward to campaign in the coming months and encourage your friends and family to join the Labour party – I joined myself the day after the party’s 2015 defeat and worked hard to fight against the Conservatives at all levels of government since. Our campaigns are effective – with hard work we can save green belts, rescue local hospitals and support local schools.

This will be my final update as your candidate, but the campaign for the next election begins today, and I look forward to seeing you all again on the campaign trail very soon.