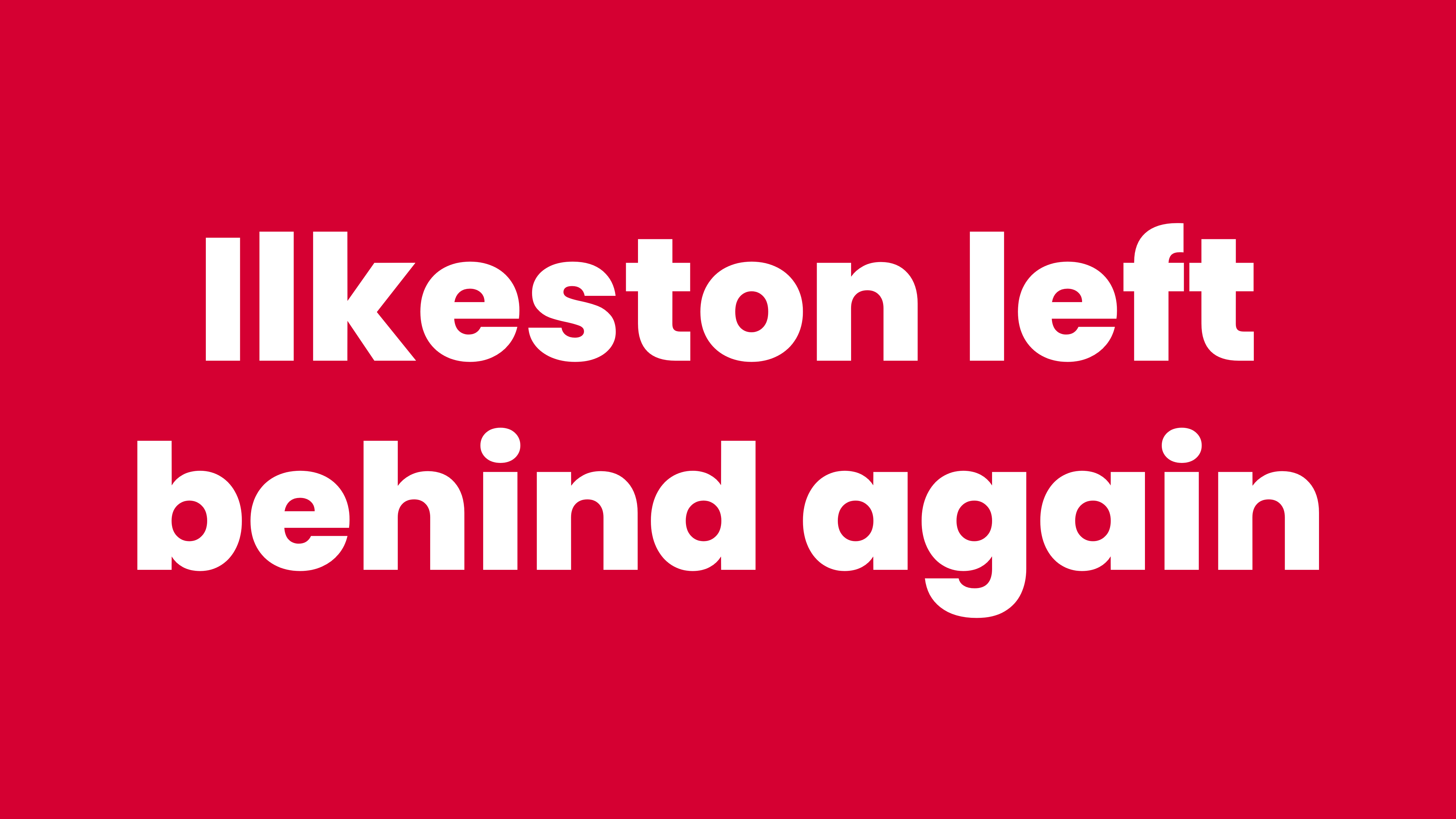 Levelling Up Fund – Ilkeston left behind

I am deeply saddened by the news that Ilkeston has, once again, been left behind in the Government’s Levelling Up Fund, with local plans for town centre regeneration rejected in the latest raft of local funding allocations.

Surrounded in allegations of favouritism and mired in months of delay, the “Hunger Games”-style levelling up fund has seen Ilkeston pitted against other towns in a bid for funding to regenerate the town. 15 months after the first round of allocations, just 5% of the money has made it to the communities who were promised it.

Erewash Borough Council representatives have been told that the bid “lacked ambition”, providing yet another example of the Government’s disinterest in supporting our town. Reports have stated that many of the losers in the recent announcement are areas in real need.

The Times reported that, of the 80 successful bids in England, only half are in the 100 most deprived parts of the country.

“It’s very clear that this Government do not care about our town, and that the Conservative-run Erewash Borough Council have run out of ideas for how to bring our town forward to become all that it is capable of. As your MP, I will fight for proper regeneration in Ilkeston, Long Eaton and the surrounding areas, and not just pay lip service to the Government’s failed Levelling Up agenda.

“The small refunds on the cuts made to our local authorities proposed via the Levelling Up Fund are just not good enough – we need a proper national strategy for town centre regeneration.”

“I am heart-broken at the news that Ilkeston has been left out in the recent round of Level Up Funding. As a councillor in Ilkeston, I see every day how our town has been left behind by this Government and by our local council. Ilkeston and the residents of Erewash have had enough – it is time for change in our community. As a Labour Council, we will provide change for the better and restore the local services for local people that we have lost during the past twenty years of the Conservatives being in control of Erewash.”

Erewash Labour believes that it is time to end this Hunger Games-style contest where communities are pitted against one another, and Whitehall ministers pick winners and losers. That’s why Labour has set out plans for the biggest ever transfer of power out of Westminster, so local leaders can harness the skills and assets in their area to drive growth, and all people in all parts of Britain are given the backing they need.