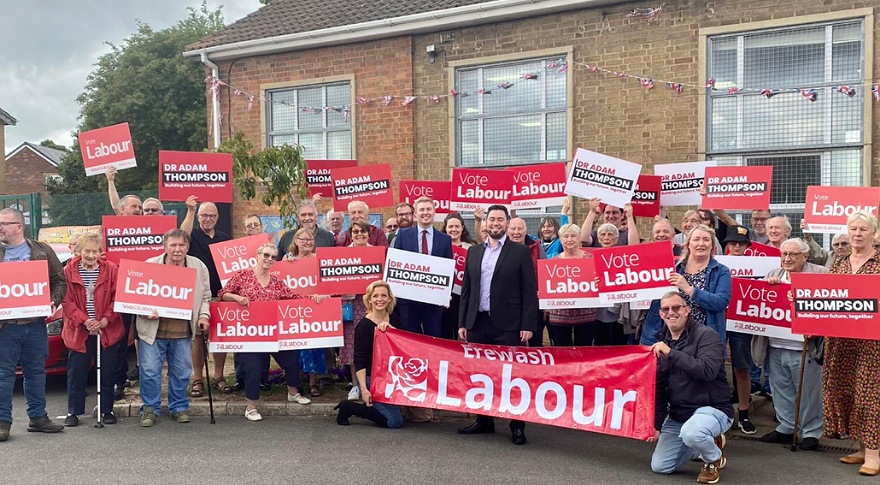 Labour's plan to stop the cost of living crisis

Labour’s plan to freeze the price cap would make sure people don’t pay a penny more on their fuel bill this winter.

Labour “wouldn’t let people pay a penny more” on their winter fuel bill as the party press home their plan to address the Tory cost of living crisis.

Our plan to stop bills rising this winter would save the average household in Erewash £1,000, get energy costs under control for the future and help tackle inflation.

Labour’s fully-funded £29bn plan would prevent the energy price cap rising through the winter, paid for by an extra tax from oil and gas giants who are making eye-watering profits.

It means that households across Erewash will receive £43 million from Labour’s fully costed plan.

The emergency package announced by Labour leader, Keir Starmer, on Monday 15 August, would reduce energy demand and lower bills in the longer term in Erewash by insulating 19 million homes across the country over the next decade through Labour’s Warm Homes Plan.

Labour originally urged the government to implement this Warm Homes Plan a year ago. If they’d acted, they could have insulated 2 million of the coldest homes by this winter – saving the typical household an additional £1,000 every year on their energy bills.

Every time we go out door knocking, families across Erewash tell me that they are scared about how they’ll get through the winter with bills through the roof.

Our plan to save households in Erewash and across the East Midlands £1,000 this winter and invest in sustainable British energy to bring bills down in the long-term is a direct response to the national economic emergency that is leaving families fearing for the future.

Our fully-funded plan would fix the problems immediately and for the future – helping people Erewash get through the winter while providing the foundations for a stronger, more secure economy. Only Labour can give Britain the fresh start it needs.