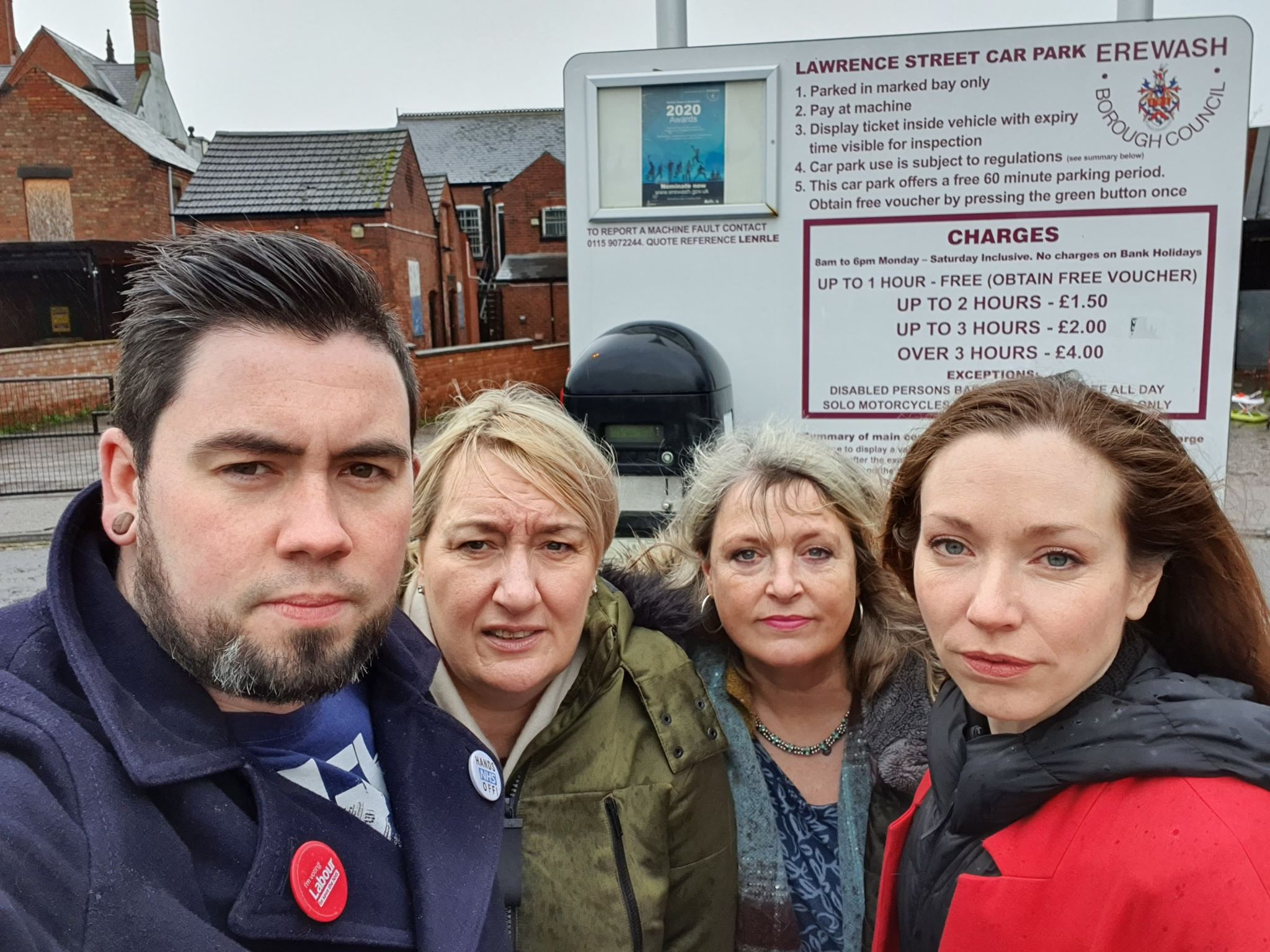 The Conservative run Erewash borough council have decided to scrap the popular 1 hour’s free car parking in our town centres to find savings of 1.2 million in their budget.

I spoke to Councillor Denise Mellors, Erewash Labour Group Leader, today, who said “Only 9 months ago free car parking was the Conservatives flagship policy in their manifesto at the local elections and it is disgraceful that they are breaking their promise to voters and taking this backward step. Did the Conservatives really not understand their budgetary position or were they just misleading voters?

“Our high streets already face enormous challenges with rents and online competition. This incredibly damaging proposal may be enough to deter would-be shoppers and demonstrates a lack of understanding or empathy in local economies.

“Labour Councillors in Ilkeston and Long Eaton are also very concerned about the impact on parking in residential streets surrounding our town centres. Residents already struggle to park outside their homes and this will make it worse”.

I think it’s really sad that the Conservatives running Erewash Borough Council have decided to turn back on their core manifesto pledge and cut the free hour of town centre car parking in Long Eaton and Ilkeston.

The town centres have really suffered as they’ve felt the decline facing towns throughout the country. Removing the free hour is going to end up forcing people away from local shops and into the supermarkets, reducing footfall in the towns, eventually driving the few remaining shops into the ground.

Ultimately, the shops will close and won’t be replaced, so the council won’t be able to charge the business rates. The Tories have made this cut to save money, but it’ll cost them in the long run.

This is a bad move, every way you look at it – instead of pushing people out we need to be investing in our town centres, with initiatives like free wifi for businesses and tax breaks to allow startups to thrive, or cooperative community like arts spaces and cafes to bring people back in.