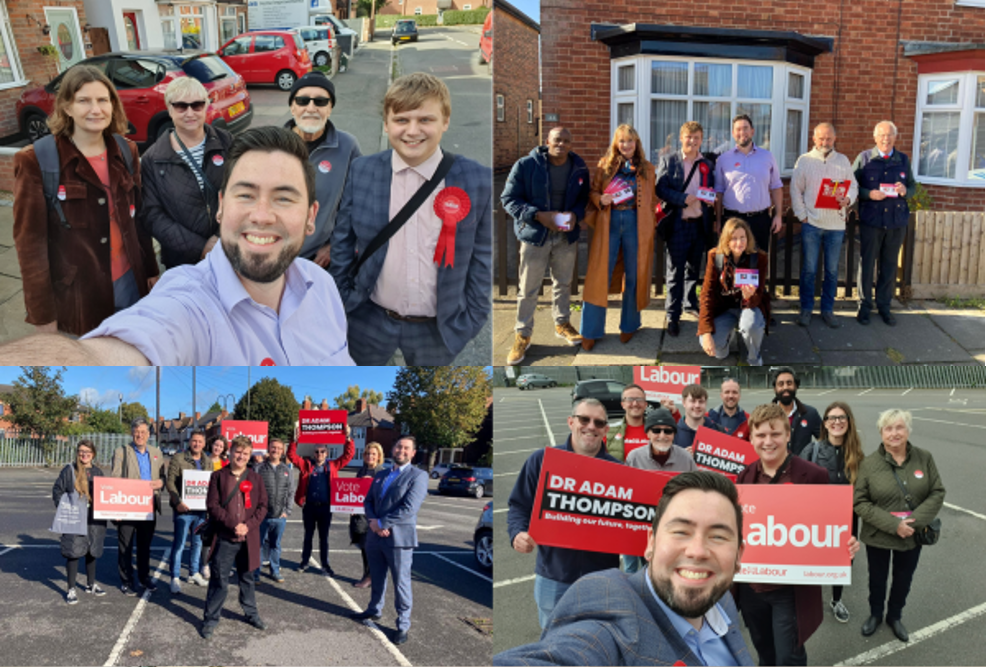 Two months in - how's it going?

It’s now a little over two months since I was selected as the next Labour candidate for Erewash. And what a thoroughly turbulent two-month period it has been!

Since my selection, we’ve experienced the passing of our monarch, the election of a new prime minister, party conferences, the crash of the pound and a the calling of a by-election in Long Eaton. So what have I been doing?

Well, firstly, our main local campaign focus has been in Long Eaton, where we have been knocking on thousands of doors ahead of the upcoming County Council by-election, listening to residents and acting on their concerns over both local and national politics. We’ve had hundreds of conversations, and it’s been a great joy to introduce myself as the next candidate to be our MP. I’ve worked particularly closely with our by-election candidate, Joel Bryan, who I am looking forward to seeing elected as our new County Councillor for Long Eaton in a little under two weeks. Those who know me personally know how much I thoroughly enjoy door knocking, and I have been loving doing it, as always – if I’ve not been to your doorstep yet, I hope to see you soon!

Aside from the local door knocking, I have been continuing the campaign against sewage pollution in Erewash, including a meeting with The Undertones frontman and anti-pollution campaigner, Feargal Sharkey, which was an absolute privilege. Feargal is a lovely bloke, and the work he’s been doing to clean up our waters is brilliant. I’ve also been supporting our striking postal workers on picket lines and online – I’m very proud to stand in solidarity for ordinary people standing up for better conditions at work.

I have also begun visiting local community and faith groups, trade union branches, businesses and charities, and have so far met with community leaders from several local organisations. These visits are incredibly useful as a listening exercise, and I’ve found the process really informative so far. When having these conversations, I have particularly appreciated hearing about the difficulties that each group faces in their work, and have enjoyed the opportunity to ask them about the policies they would change, if they had the chance. I believe very strongly that Labour is the party of positive change, and listening to what ordinary people want to change is vital to that programme, and as the local MP I intend to make the changes that our communities want and need to prosper.

I had a particularly interesting visit this week to the Canaan Trust in Long Eaton, where I had a really constructive conversation with Kevin, the project manager at the Trust. Many in Long Eaton will already know that the Trust provides vital services to homeless people and those threatened with becoming homeless in our community. Kevin covered in great depth the level to which the systems that are meant to help people are broken, and the changes he believes are required to repair those systems.

The thing that came through most strongly for me was the importance of treating people facing homelessness as human beings, not as numbers on a spreadsheet. It was clear to me that the Trust’s holistic, person-centric approach is how we should always approach homelessness and similar issues – putting the people affected at the front and centre.

Aside from campaign efforts and visits, I recently went to the Labour Party conference as both Erewash constituency Labour Party’s delegate and candidate. Through the conference week, the national narrative was dominated with, frankly terrifying, news of the economy crashing following the Tories’ catastrophic announcements in the preceding week, but Labour conference felt like an unbridled success.

All in all, it was by far the best conference I have attended in my seven years as a Labour Party member. The atmosphere was honestly stunning, and the East Midlands delegation did ourselves very proud in representing the region. I spoke on the conference floor and the other Erewash delegate, Samantha Niblett, spoke twice (excellently, I might add). I did several media appearances and met various members of the shadow cabinet and head office staff to discuss the issues that matter to ordinary people in Erewash.

I was particularly impressed at conference by Keir Starmer’s speech, which I thought was strong on policy and delivery, and represented a clear alternative for British people. Stopping the rise in energy bills, keeping families safe, growing the economy, protecting the NHS, a real industrial strategy, more home ownership, a better deal for primary school children and a firm plan for clean, insourced power by 2030. That’s what I’m talking about! It’s a genuine pleasure to take such a great policy platform onto the doorstep, and I’m really enjoying presenting people with our plan for real positive change. The Government is falling apart and could collapse any day – bring on the general election as soon as possible.

I’ll be posting blog updates sporadically between now and the general election, but will endeavour to provide some semi-regular updates to members and constituents as often as I can. As always, if you’d like to get in touch, you can email me at adam@adamthompsonlabour.uk or give me a ring on 07595 873437. If you’d like to help with our campaign, you can sign up at volunteer.labour.org.uk! 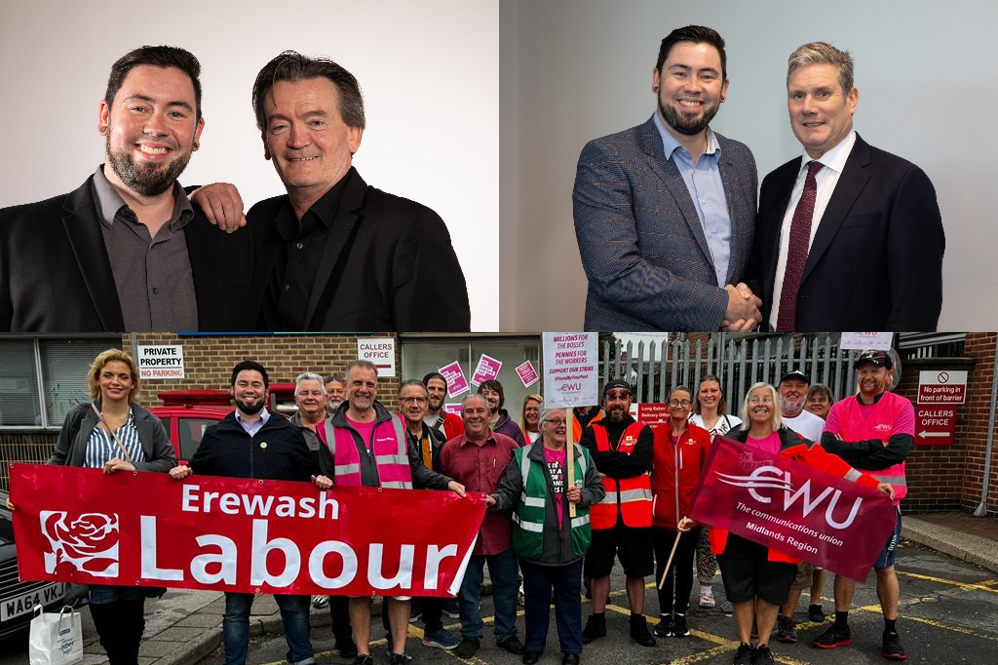