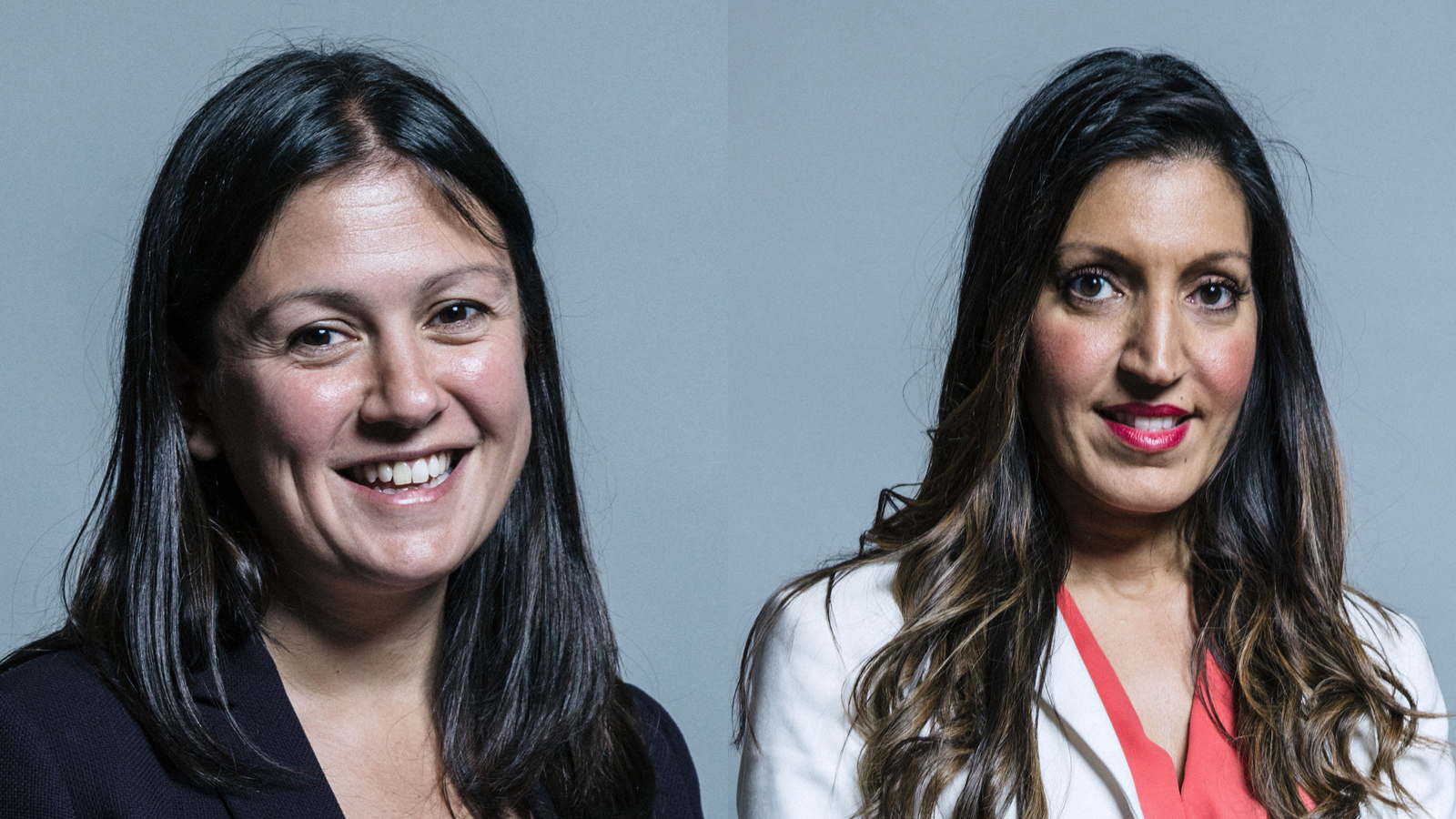 On the general election and the Labour leadership

After some time to rest and collect my thoughts, I thought I’d take the opportunity to discuss my experiences as a candidate in the general election, and my thoughts about the future of the Labour party, particularly in relation to our future leadership.

Firstly, I must say how much I enjoyed being a candidate. I was humbled by the experience, and was honoured to be given the opportunity to represent Labour voters in Amber Valley. I thought our manifesto was filled with excellent policy, and I was proud to put the case for socialism to the people of the United Kingdom.

However, clearly something went very wrong because we lost the election, and we lost it big time. There have been many breakdowns by many people discussing Why We Lost, citing the leadership, to our Brexit policy via antisemitism in the party and comments on our manifesto being more of a wishlist than a deliverable policy list. As with all such situations, I think we must note that there is no single reason why the election went the way it did – the loss was a result of a nuanced combination of all of these factors and many more, and we must calmly and objectively assess these factors to move forward.

While many such anecdotal analyses exist, I want to contribute to the overall assessment of the general election by highlighting a few particular issues that came out of my campaign, beyond those mentioned briefly above.

On policy and the manifesto – our policies were strong, but messaging was poor. Against a Tory manifesto three words long, our constant stream of policy announcements was, at best, confusing and, at worst, intensely frustrating. Our manifesto was too long and too detailed – it opened us up to more criticism than it presented winnable policy. Candidates couldn’t keep up with the announcements, let alone our activists and the electorate, and expensive policies, released after the manifesto and associated costing document, undermined our financial credibility.

On campaign targeting – we were not reactive enough. While I was aware that a Labour win in Amber Valley was unlikely, I would have liked to have seen resources diverted from Tory-held target seats where polling was poor to Labour-held seats where polling was poor to minimise our losses – to rest on the laurels of a set of target seats decided years before the election is a mistake I would like to avoid next time around.

On the leadership – while Jeremy Corbyn was not the disaster made out by many in the Conservative party and the media, it is time we admitted that he was not a strong leader. For full disclosure – I voted for Jeremy in 2015 and then abstained in 2016 (being unimpressed at his leadership abilities, but against the at-least-partially-factional campaign against him before I felt he had been truly given enough time to prove himself). I have never been publicly critical of Jeremy before, but I must say that I was personally let down by the internal leadership shown to the party and its candidates – the first communication I had of any kind directly from the leader was 8 days after the election. I thought this was very poor, in honesty – I expected direct contact with candidates throughout the campaign and, when the election went the way it did, contact and support should have been immediate. The email about the result should have been prepped and ready to go by 5am on 13th December, and I’d given up hope of it arriving by the time it finally came a week later.

I hoped after 2016 that Jeremy would improve as a leader and in many ways he did, but it is clear that he didn’t reach anywhere near the point where the electorate would have been comfortable asking him to run our country. That said, I’ll also note that division in the party throughout his tenure was deeply damaging, and constant efforts made either to secure or supplant Jeremy’s position by various party factions were ruinous. It is my view that no one side of the argument is to blame, but the systemic factionalism was a serious problem both internally and externally, and needs to end immediately. The division contributed to poor media performances from many aspects of the party and resulted in a front bench weakened by talent that opposed the leadership being relegated (or relegating themselves) to the backbenches. We should be championing talent within the Labour party, not having it excluded by hyper-specific policy preference.

It’s these issues that have lead me to the decisions I’ve made about the next leader and deputy leader of the Labour party. I entered into the current leadership election without preference or prejudice, but with a set of criteria by which I intended to choose my preference for the next leaders. Primarily, I wanted to vote for leadership ability, electing the candidates best placed to perform well against the Tories, the media and anyone else who opposes our movement. I wanted leaders who would draw talent from and engage with all aspects of the party, from the occasional leafleting activist to the shadow cabinet member, and unify all the members of the party, regardless of their individual policy preferences. I wanted leaders who could speak to the people in the Midlands and the North who turned away from us in mistrust and engage with these people to represent their opinions, because the Tories certainly won’t, despite what the prime minister may have said on 13th December. I also wanted to back women, as I think it’s a travesty that a party who I believe champions intersectional feminism has never elected a woman as its leader, but ultimately wanted the best people for the job.

It was for this set of reasons that I have chosen Lisa Nandy as my preferred leadership candidate. In the leadership debate, Lisa is the candidate that is talking not just to the whole membership of the Labour party, but to the whole country. Lisa’s policy positions often echo my own, and her focus on towns supports my own desire for decentralising our politics, concentrating on the parts of the country left behind by our increasingly London-centric government. She performed excellently in the media, recently beating down the infamous Andrew Neil in a recent interview, and was the most praised leadership candidate in a focus group of former Labour voters who voted Tory in 2019, with the group unanimously agreeing that they would return to Labour under her leadership. Lisa is the candidate that is best suited to unite our party, as a leader that can speak for all wings of our movement and repair the cracks in the party – something that has particularly resonated with me during this campaign is the diverse group of people backing Lisa – I’ve found myself backing the same candidate as friends with whom I never agree with on policy positions, representing all aspects of the Labour party. I have staunch hardcore socialist friends backing Lisa, and I have proud centrist friends backing Lisa.

Further, I have chosen Rosena Allin-Khan as my preferred deputy leadership candidate. Rosena is very much the underdog – widely unheard of in the party and beyond until this leadership election, and I’ll admit I’ve not come across her many times before myself, other than in my role as vice chair (policy) in Scientists for Labour, with whom she recently engaged. In fact, what has impressed me most about Rosena is her efforts to engage – she is the only candidate who has taken the time to contact all candidates and councillors, and took the time to listen directly to my opinions about the election and how I thought the party should move forward. Also, as those who received a knock on the door from me during the election campaign will know, I stood on a platform of increasing the number of science-literate voices in parliament, because I feel very strongly that increasing science literacy in government is a great step towards proper evidence-based policy. As an emergency medicine doctor, Rosena stands on a similar platform and I am very grateful for her efforts in promoting science in parliament. When I combined these virtues with strong performances in the debates and with the media, Rosena became, for me, the clear choice for deputy leader.

Of course, I’ll support whoever are elected as the party leaders, but I hope that we can choose the candidates who represent the element of compromise, who will engage with the party and the electorate. I believe compromise is crucial to rebuilding the calm, objective thinking that our politics have lost and fundamental in creating the unity that will allow us to represent the country in government.