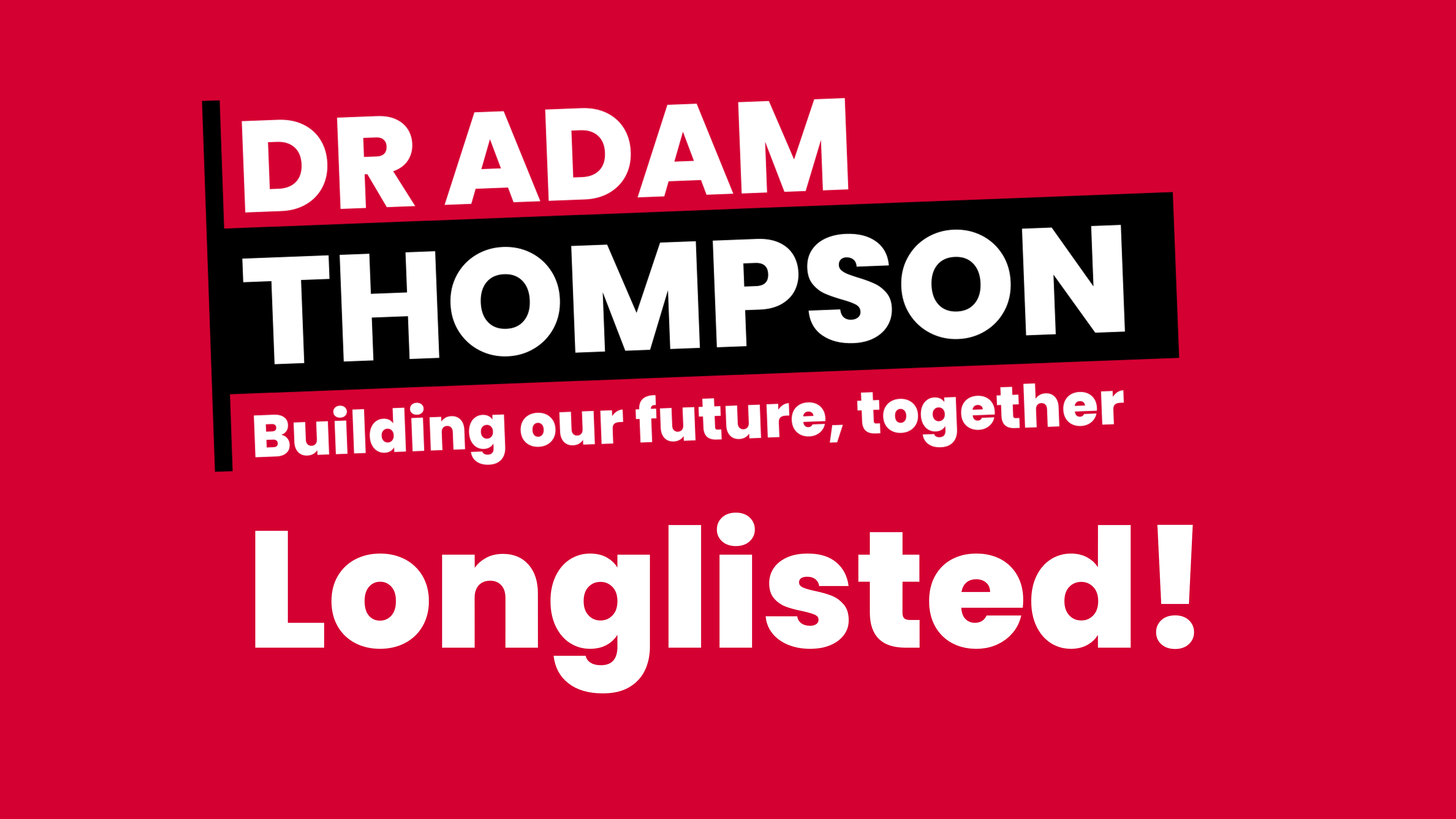 I’m really happy to announce that the national Labour Party has been in contact this morning to let me know that I have been officially longlisted to be Erewash Labour’s next parliamentary candidate, after receiving nominations from UNISON East Midlands, GMB Midlands and Unite East Midlands.

I’m now looking forward to the next stage of the process, working with the party branches and members towards a Labour victory at the next general election.